Share a memory
Obituary & Services
Tribute Wall
Read more about the life story of David and share your memory.

Davey was born on a US Army base in Stuttgart, Germany and was raised in Browndale, Pennsylvania.  He was the son of Patricia Skubic Pitus, Browndale and David Pitus and wife Lucille Szescila, Dickson City.  He went to Forest City Regional High School and then attended Berklee College of Music in Boston, Massachusetts as a Film Scoring Major.  He lived in Boston for the past 36 years and recently moved to Wareham, Massachusetts to be able to spend more time engaging in his favorite activities of fishing, quahogging, and spending time with his dog, Fenway on the beach.

Davey had many dogs that were important throughout his life including his beloved dog Fenway. Davey’s love of hunting and fishing started in his childhood growing up in Browndale, Pennsylvania, and some of his fondest memories are hunting with his brother, Jeff in Colorado. Davey enjoyed playing competitive sports including soccer, volleyball, and baseball.  He was a lifelong fan of the Pittsburgh Steelers and the Boston Red Sox. He was a long-term supporter of the Rookie Program for the Boston Red Sox by providing a host-home for the team’s rookie prospects each year and worked within the program to support the players throughout the season. Davey had a God-given musical ability with a gift for writing his own music and love of performing as a gifted musician. Davey had an uncanny ability to connect with all kinds of people, loved his family, and was an unconditional and devoted friend to many. Davey never met a challenge or adventure that he wasn’t willing to take head on and give 110% effort.

In addition to his parents, also surviving are two sisters: Kristin Pitus Beltz; Stephanie Pitus; a brother: Jeffrey Pitus and wife Jennifer; two nieces: Mackenzie Beltz and spouse JJ Ruth; Sydney Beltz; a nephew: Alexander Beltz; and a multitude of long-term friends who provided love and support throughout his life including Doreen Biebusch.

The funeral will be Saturday January 14th with a Mass of Christian Burial at 10 am in St. Joseph’s Church, 741 Delaware St., Forest City. Interment will be at the convenience of the family.  Friends may call at the church from 9 am until mass time.  Arrangements by the Jones & Brennan Funeral Home, 430 Main Street, Forest City.

To send flowers to the family or plant a tree in memory of David Michael Pitus, please visit our floral store. 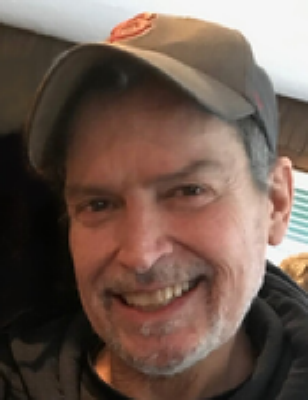