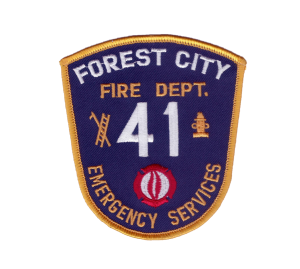 Son of the late Frank and Angeline Swegel Gliha, he was born in 1938 in the front bedroom at 1151 North Main Street, Forest City, with a twin sister, Maryann, who passed away shortly after birth.  He was a member of St. Joseph’s Church, Ascension Parish, Forest City, where he served as an usher for 48 years.  Frank attended Forest City Schools, and after graduating in 1955, he began a long career with the IBM Corporation in Endicott, NY.  After beginning in the punch card section, he graduated from the IBM Technician School.  In 1990, he retired as a technician after a 35 year career with the company and a member of their Quarter Century Club.  He then formed Gliha Electric in Forest City, which provided commercial and residential electrical installation and repairs.

Frank was very active in his community, especially in the fire service.  He joined the Forest City Fire Department in 1965, having served as a past Chief, Assistant Chief, Safety Officer, Foreman, and Treasurer of the Relief Association.  He was a life member of the Keystone State Fire Chiefs Association and former First Vice President.  He was also a life member and Past President of the Northeastern Pennsylvania Volunteer Firemen’s Federation, and a former director of the Northeast Pennsylvania Fire and Emergency Services Training Center.  Frank was a member and former Treasurer and Past President of the Forest City Lions Club and a member of the Forest City Kennedy Park Board.  Frank also donated his time and experience as an electrician to community efforts, including the modernization of the Forest City Library and the annual Old Home Week festivities.  In recognition of his service to the community, Frank was awarded the Forest City Distinguished Citizen Award in 2001.

Frank and his wife Mary Anne shared a joint love of trapshooting, having traveled over a wide area to participate in trapshooting events.  He was a member of the Browndale Sportsmen Club and chairman of their monthly Trap Shoots.  He was honored by the organization as Sportsman of the Year in 1977.  He was also a member and former Secretary of the Upper Woods Hunting Club.  He was a life member of the NRA and the Amateur Trap Shooter Association, and an associate member of the Mill City Sportsmens Club.  He was the 2003 veteran winner of the John Faber Memorial Trap Shoot event in Binghamton, NY.  Frank was also a 21 gallon plus Red Cross Donor, and a committee member for the Swegel/Tedesco Family Reunions.

He was also preceded in death by his twin sister, Maryann Gliha.

The family would like to thank Dr. David Tomazic and his staff and the nurses and staff of the Forest City Nursing Center for the excellent and compassionate care given to Frank, especially in light of the current pandemic.

The family also asks that you consider becoming a blood donor, just as Frank had done for numerous years.

To send flowers to the family or plant a tree in memory of Frank J. Gliha, please visit our floral store.