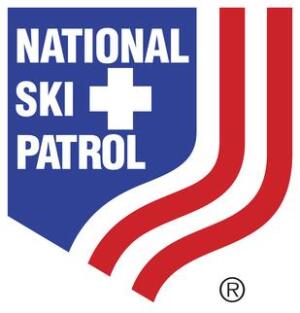 Surrounded by family, Howard C. Wyandt, of Union Dale, died peacefully on July 3, 2021, of complications of Parkinson’s Disease.  A wonderful father, husband, and friend, Howie was born in Scranton, Pennsylvania, on February 6, 1947, the son of the late Howard and Anna Bohr Wyandt.

After graduating from Scranton Technical High School, Howie joined the United States Army.  From his military experience, Howie knew that he wanted to pursue a career in the medical field, and, following his honorable discharge, he obtained a bachelor’s degree in nursing from Widener University.  With his nurturing and caring ways, nursing came naturally to Howie. With his high standards and dedication to his profession, Howie’s leadership qualities were recognized early in his nursing career.  As he took on more administrative roles, Howie’s drive to best serve the community led him to obtain a Masters Degree in Public Administration from Marywood University.  Always adopting a team approach to service, Howie was widely admired for his guiding spirit, gentle wit, and attention to detail throughout his long career in health care administration.

These attributes and his love of the outdoors led Howie to join the Elk Mountain Ski Patrol over fifty years ago. An avid skier from his early teenage years, Howie quickly became an invaluable member of the Ski Patrol with his strong skiing skills, medical know-how, and unparalleled commitment to skier safety. In 2004, Howie became director of the Elk Ski Patrol, a position which he held until his retirement in 2014.  Howie’s training abilities and professionalism were recognized far beyond his local service to Elk’s patrol—he was awarded the rare honor of receiving a National Ski Patrol number, and in 2015 Howie was inducted into the National Ski Patrol Hall of Fame, the highest honor that can be granted a ski patroller.  Mentoring generations of young patrollers who have provided decades of service to the skiing public, Howie never sought accolades or awards, he sought only to serve, to keep skiers safe, and to have his fellow patrollers be the best they could be.  Throughout the years, Howie considered the Elk Patrol family; their greatly appreciated ongoing support and concern for him showed that this feeling was reciprocated.

With his signature tenacity, Howie pushed through many challenges presented by his advancing disease.  Without complaint and equipped with his well-honed problem-solving skills, Howie approached setbacks by making the most of what he could do rather than focusing on what he could not.  As his disease progressed, glimpses of Howie’s humor and caring spirit remained despite all odds.

The family would like to express special thanks to the caring staffs of the Forest City Nursing Home and Traditional Home Health and Hospice.  The family also thanks Dr. Neil Davis for his guidance and compassionate care during the course of Howie’s illness.

To send flowers to the family or plant a tree in memory of Howard C. Wyandt, please visit our floral store.