Share a memory
Obituary & Services
Tribute Wall
Read more about the life story of Joyce and share your memory.

Born in Forest City, daughter of the late George and Mary Benarick Strus, she was a member of St. John’s Byzantine Catholic Church, Forest City.  She was a 1953 graduate of Forest City High School and then graduated from Saint Joseph’s School of Nursing, Carbondale in 1956. While she worked as a registered nurse for the Veterans Administration Hospitals in both New York City and Philadelphia, she attended Hunter College and then the University of Pennsylvania.  After many years of big city life, she returned to Forest City to help care for her aging mother.  She continued her career in nursing as an evening supervisor at St. Joseph’s Hospital and then became an instructor at St Joseph’s School of Nursing. She married the love of her life, Edmund Spenard, and relocated to New Jersey, working part time at various hospitals. After 1975, she returned yet again to Forest City due to her husband being a government special agent who got transferred to the Scranton office.  She then worked over 20 years at the Forest City Nursing Home and Rehab Center.  Joyce loved her profession and was willing to help anyone she could.  She had a spontaneous, witty sense of humor and used it frequently to bring laughter as well as encouragement to others. Her life was measured not in years, but by the amount of care, compassion, and kindness she showed to others.  Her faith was of the utmost importance to her and everyone knew of her great love and reverence for her Lord and savior, Jesus Christ.  She was a member of St. Joseph’s Auxiliary, the American Legion Auxiliary, the Professional Business Women’s Association, the Red Hat Society, and the Forest City Historical Society.  Her past times included bowling, golfing, reading, shopping, and of course, caring for and helping others.  Her greatest joys were her daughter, Lynn, and her grandchildren who she loved dearly.

The funeral will be Thursday, October 6th with services at 11 am in Saint John’s Byzantine Catholic Church, Susquehanna St., Forest City.  Entombment, Our Mother of Sorrows Mausoleum, Finch Hill.  As per her request, there will be no public viewing.  Arrangements by the Jones & Brennan Funeral Home, 430 Main Street, Forest City.

Memorial contributions may be made to the Forest City Library, 531 Main Street, Forest City, PA 18421.

To send flowers to the family or plant a tree in memory of Joyce E. Spenard, R.N., please visit our floral store. 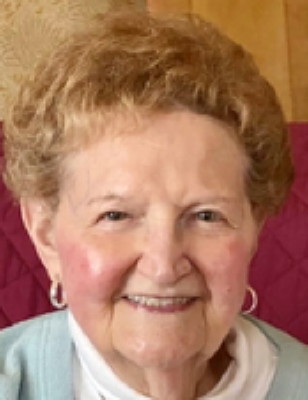